Enfant, etymologically “Infans”: “he who does not speak”, lives without distinction the real and the imaginary, life and death.

L’enfant is an invitation to experience the play La Mort de Tintagiles by Maurice Mæterlinck from the inside through an immersive form.
Labyrinthine spaces, ephemeral scenographies, animated figures, sound vibrations, are elements that immerse us in a world of continuous uprising, which reflects the inner reality of Ygraine, inviting the spectator to follow the character’s initiatory route.
The unexpected return of her younger brother Tintagiles to the devastated island brings her joy and concern. Responding to the threat of an invisible soul-devourer queen, Ygraine engages in a rebellion. Overthrowing the established order, breaking down borders, she finally penetrates a world that the living cannot enter, eager to catch a glimpse of the infinite realm of shadows.

Ygraine is the only one who can penetrate where the living do not penetrate, to pass the forbidden line, beyond the last step. She is the only one who can communicate with the child ready to be absorbed by the destructive force of darkness, but also ready to pass, so small, through the widened crack to be reborn after this passage in the domain of shadows.
Claude Régy 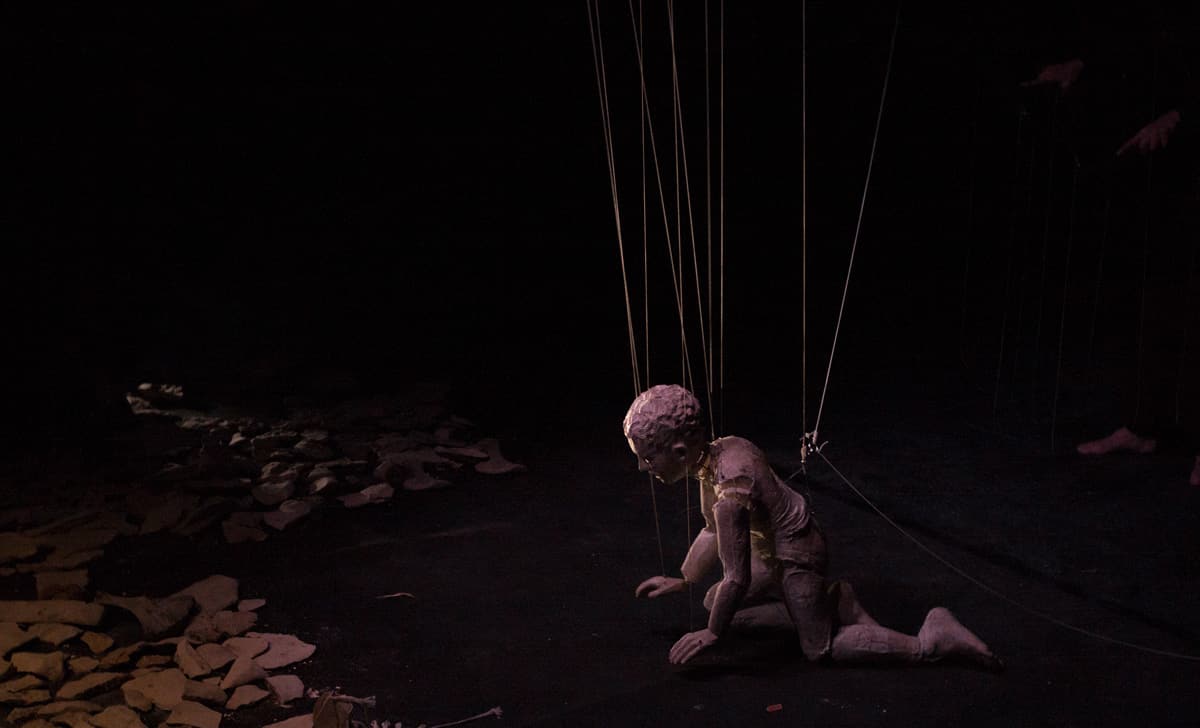 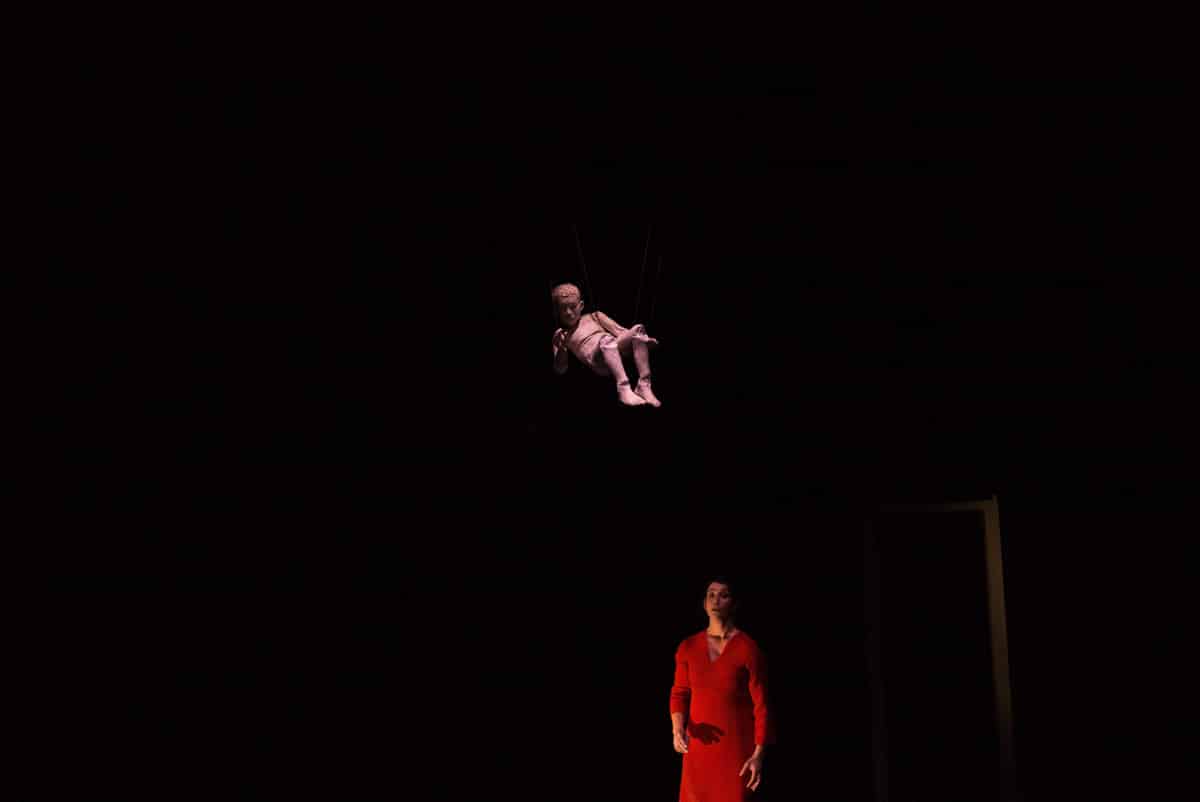 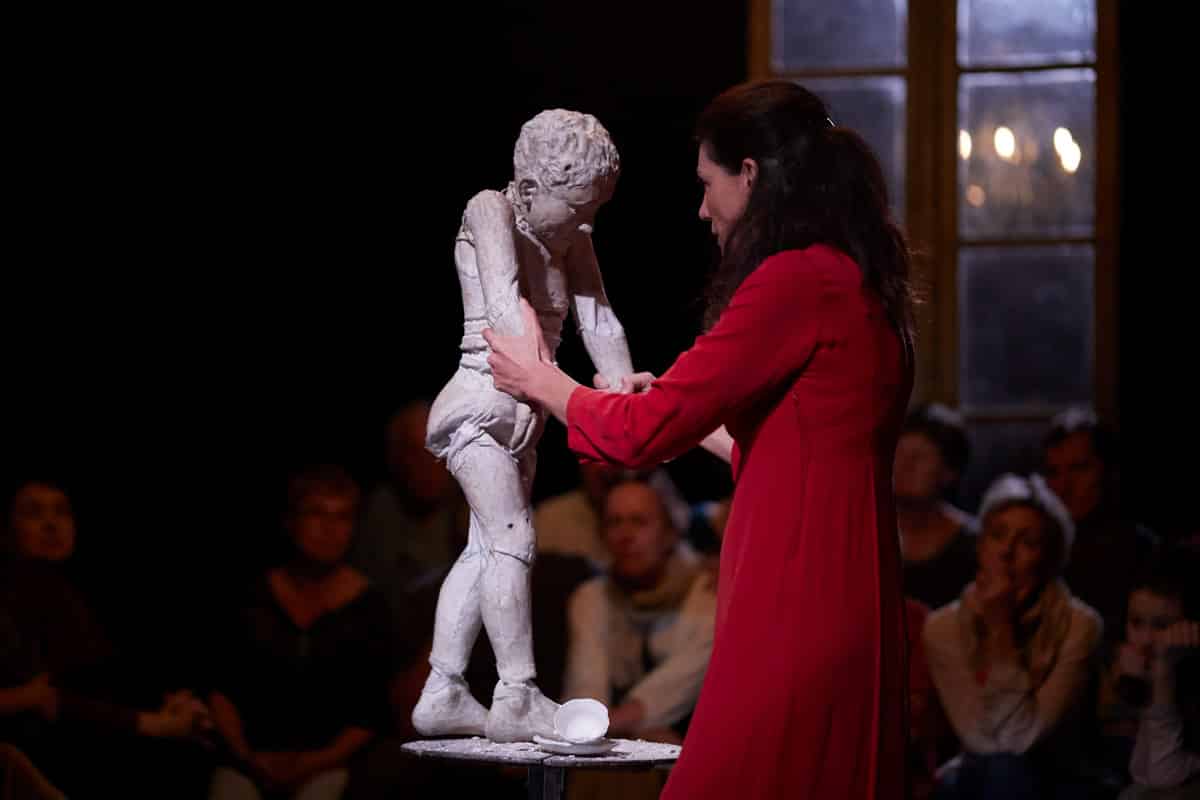 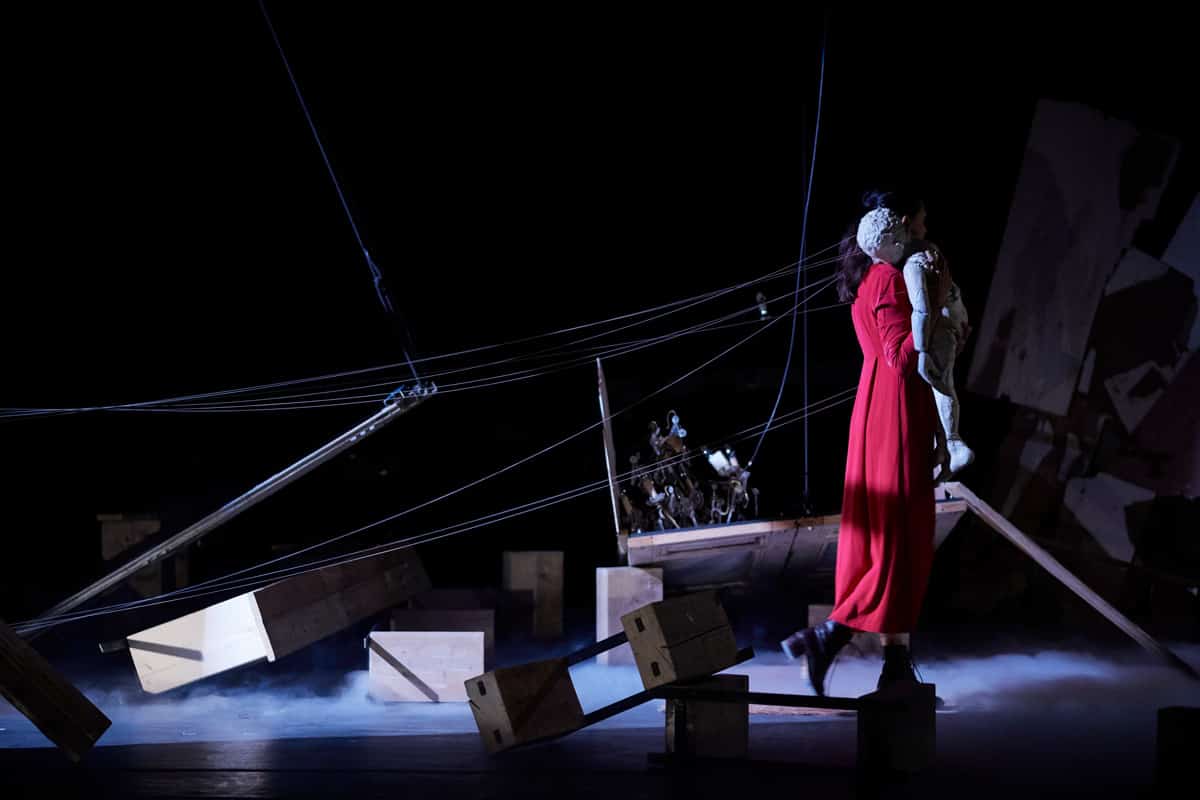 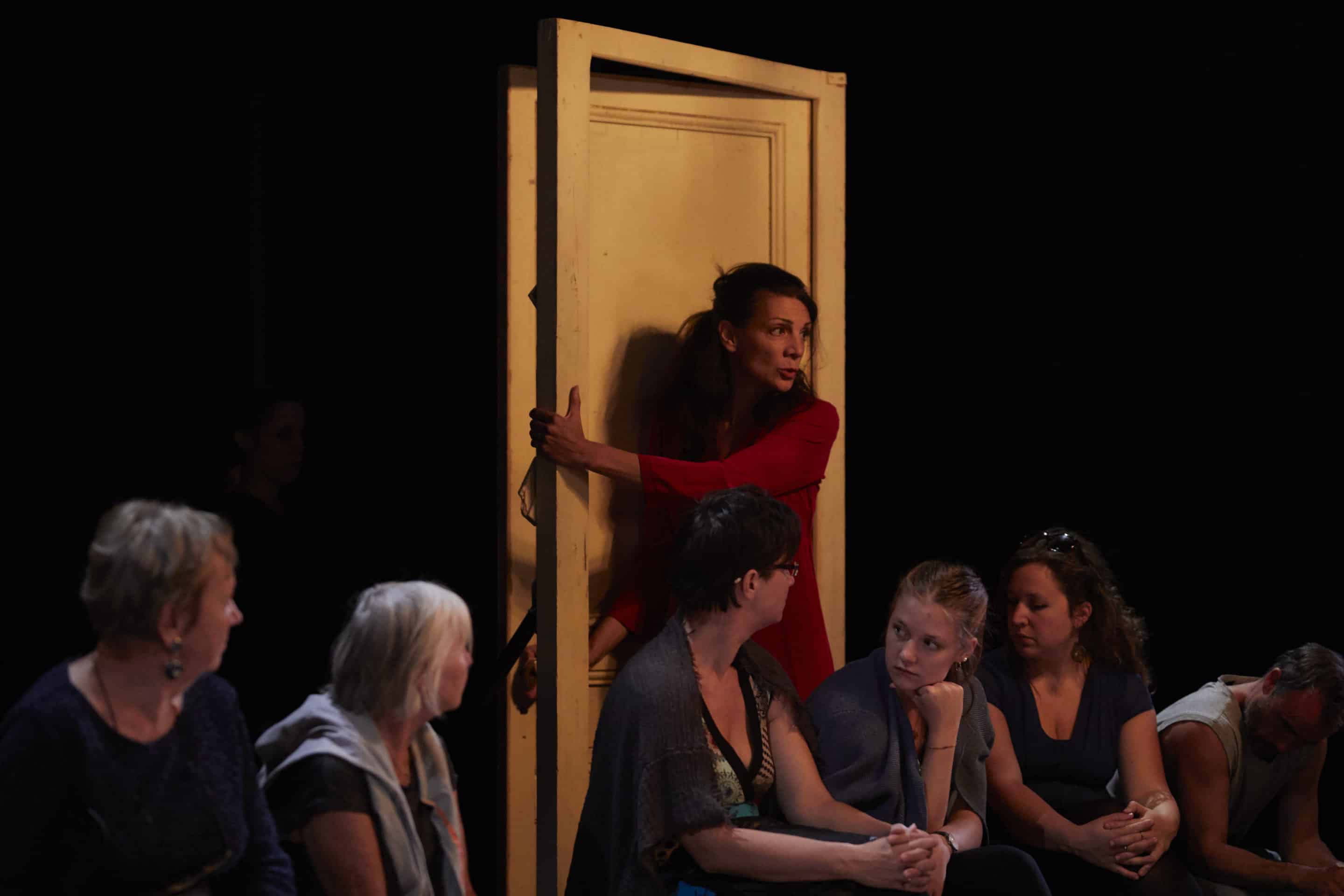 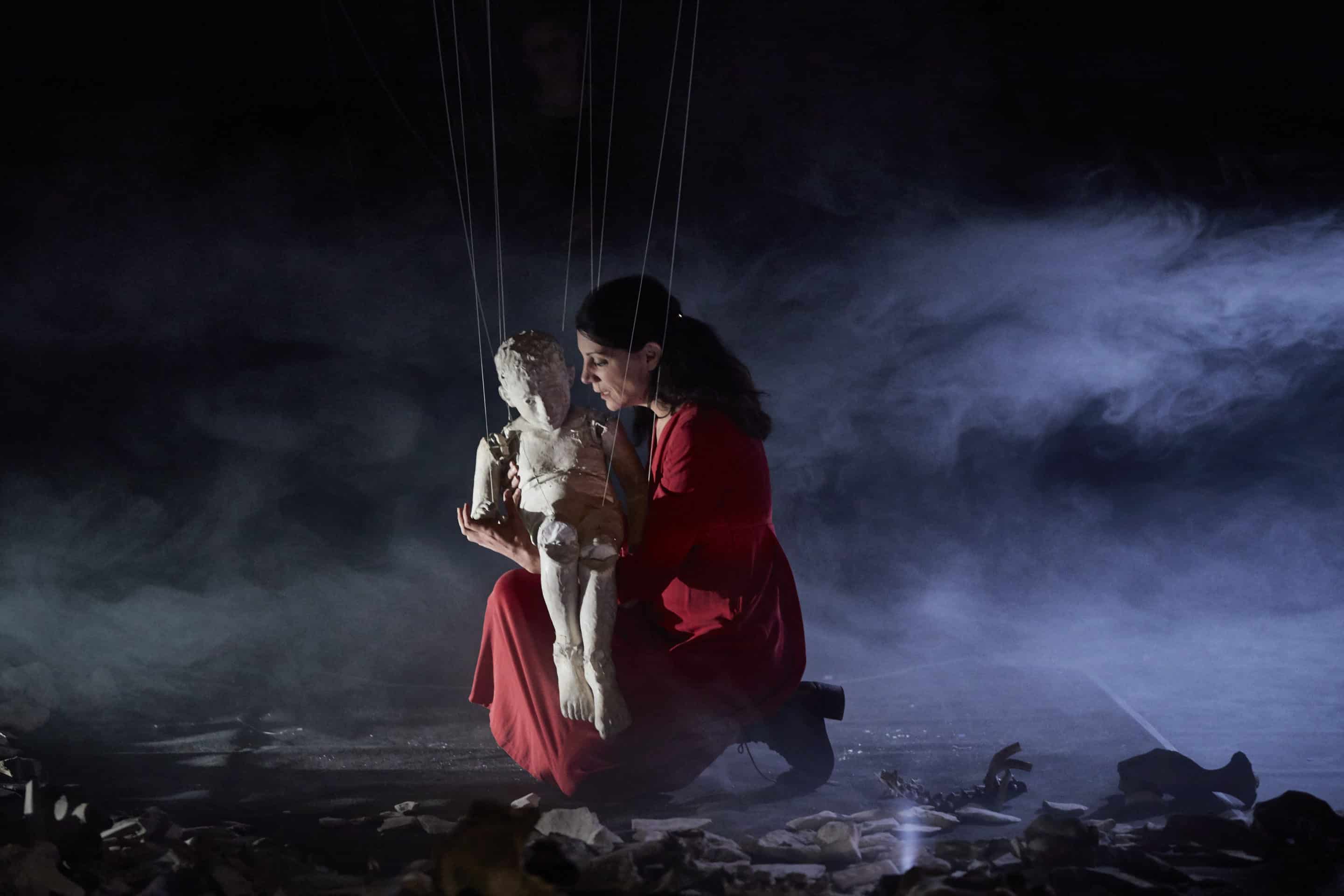 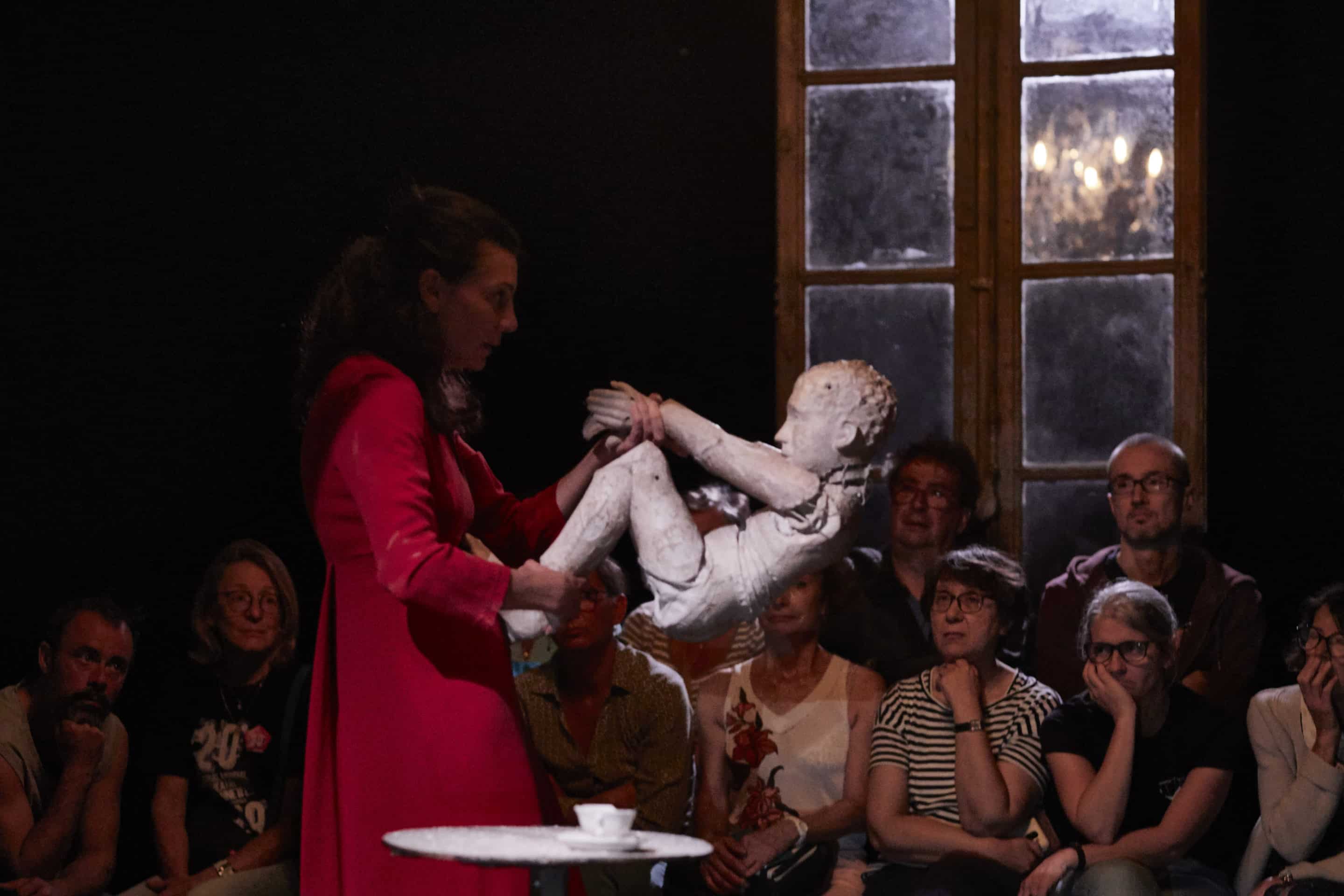 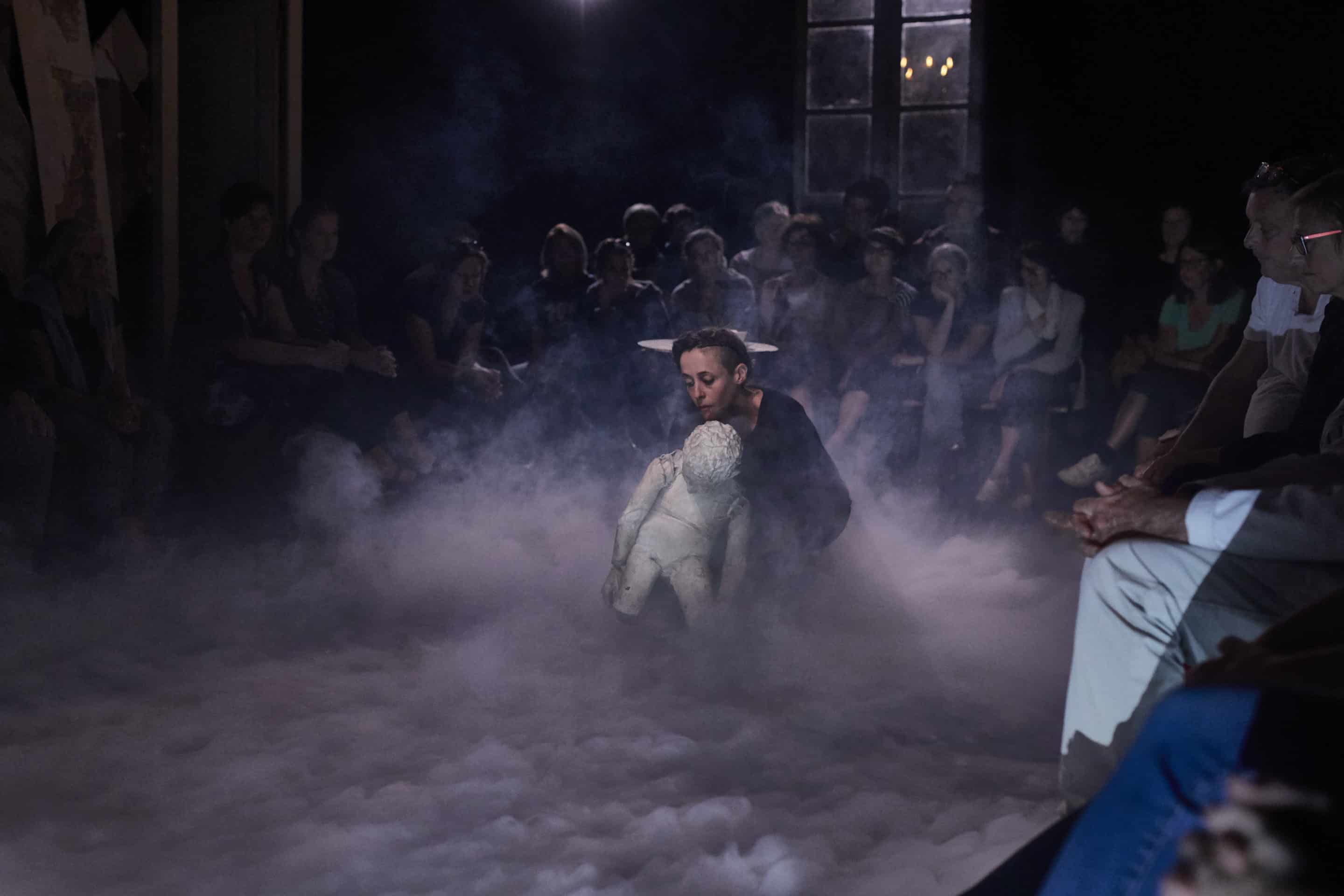