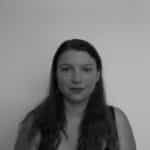 Through a rich academic path that began in the acoustic and music universe (music academy graduate and a bachelor’s degree in Sciences & Musicology at the Sorbonne & UPMC universities) and was completed by her studies in law (Bachelor and Master degrees of Jurist-Administrator in cultural and artistic structures), Lucie has built her career in the world of contemporary/modern performance and art music (Avignon festival / Baroque Opera festival in Beaune, Bernardins college, Culture Ministry, Montrouge Theater), as well as in community projects (Presidency of non-profit organization for cultural projects in the city of Evry ). Internationally, Lucie has collaborated with the French Theater company Exchange Theater, which is based in London, UK. The theater is dedicated to bringing French classical plays across the channel. In 2016, Lucie returned to Provence, where she joined the financial and administrative team of the Joliette-Minoterie Theater before starting a 5-year journey at “In’8 circle production powerhouse” as an administrator. During that period, she worked with several dance and theatre companies on financial, administrative, legal and production matters and even had the chance to financially manage European cultural projects. In 2021, seduced by the singular artistic vision of L’Entrouvert Theater, Lucie joined Elise Vigneron as the company administrator, ramping up its development in France and abroad.

After obtaining a degree in art history and archaeology at the University of Aix en Provence, Marie-Charlotte continued her studies in Montpellier in the master’s program of conservation, management and diffusion of 20th and 21st century works.
Following a civic service in the art gallery Les Ateliers Agora in Eyguières and a position as a sales consultant.
She decided to complete her training by taking a sign language course in Marseille.
This experience led him to perfect his university studies by integrating the master’s degree in management of cultural projects and institutions in Arles. She joined the Théâtre de l’Entrouvert in a work-study program as an administrative and production assistant in order to become more professional with a competent and dynamic team. 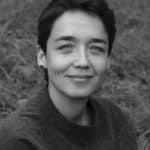 After a degree in communication and management in Berlin, Lola became professionally involved in the theaterfield during a mission carried out with M Médias, publishing house which publishes magazines for the professionals of the cultural sector, such as La Scène, La lettre du spectacle. She collaborated with the association Petits et Grands in 2017 and was responsible for welcoming professionals during the biennial for young generations organized in Nantes (44). In September 2018, Lola joined the Théâtre de l’Entrouvert team as production assistant in parallel with that she is in charge of production for the Horizons Open Sea festival which takes place every year in Finistère.Elle collabore avec l’association Petits et Grands en 2017 et est chargée de l’accueil des professionnels lors de la biennale jeune public organisée à Nantes (44). 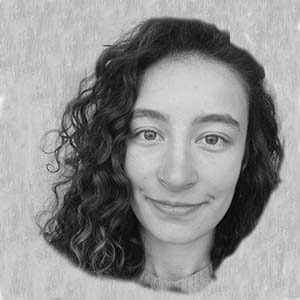 After a degree in Modern Literature with a focus on culture and creation, Célia continued her academic career in a Master’s degree of Cultural Diffusion at the Grenoble Alpes University. Her experiences as a volunteer in several festivals and cultural and artistic associations ( Kiffer la Prose, Vent d’Est Festival, Rêve(s) Festival, Grenoble’s Printemps des Poètes etc.) lead her to work for the cultural service of her university and then as a communication assistant at the PréO Scène, within Strasbourg’s Eurometropole. In 2022, Célia started her final internship at the Entrouvert Theatre, as a production & communication assistant then continued as a communication assistant.