A figure in search of his identity guides the spectators in the traces of his image through an ambulatory and visual form which is based on the text “Thresholds” by Patrick Kermann.

In the fragile and graceful light of a candle, a figure in search of his identity guides the spectators in the footsteps of his image. Chiaroscuro: the doors open, seven thresholds, seven stages cut out in light reveal successively scenes belonging to the territory of the in-between. A narrow passage between dream and reality, the visible and the invisible, presence and absence, life and death …

What light will tear in between? In her house she will never see herself. Neither inside nor outside she will see her image. On the doorstep only. The. Where what is hidden escapes, where what is revealed disappears.
Seuils Patrick Kermann 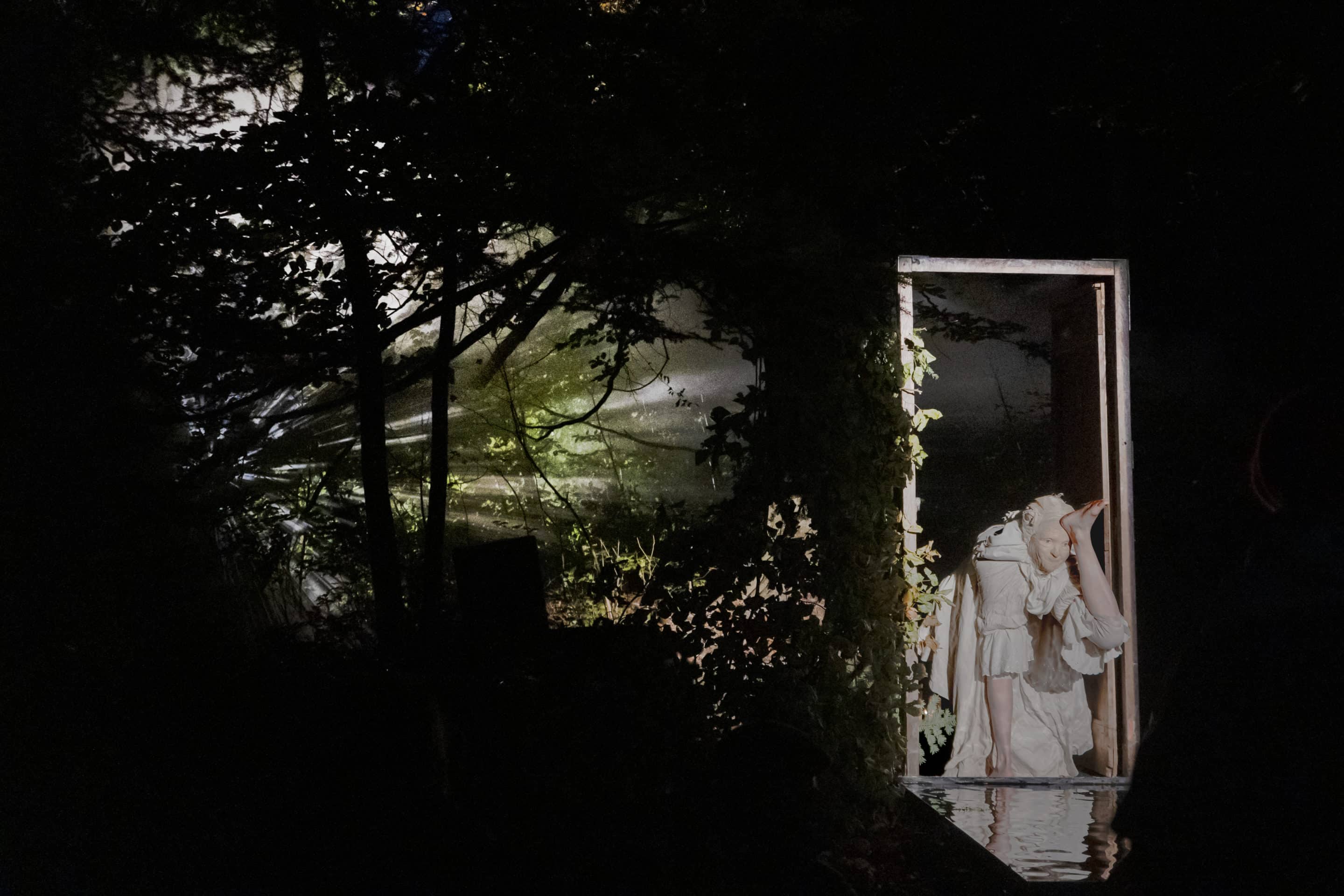 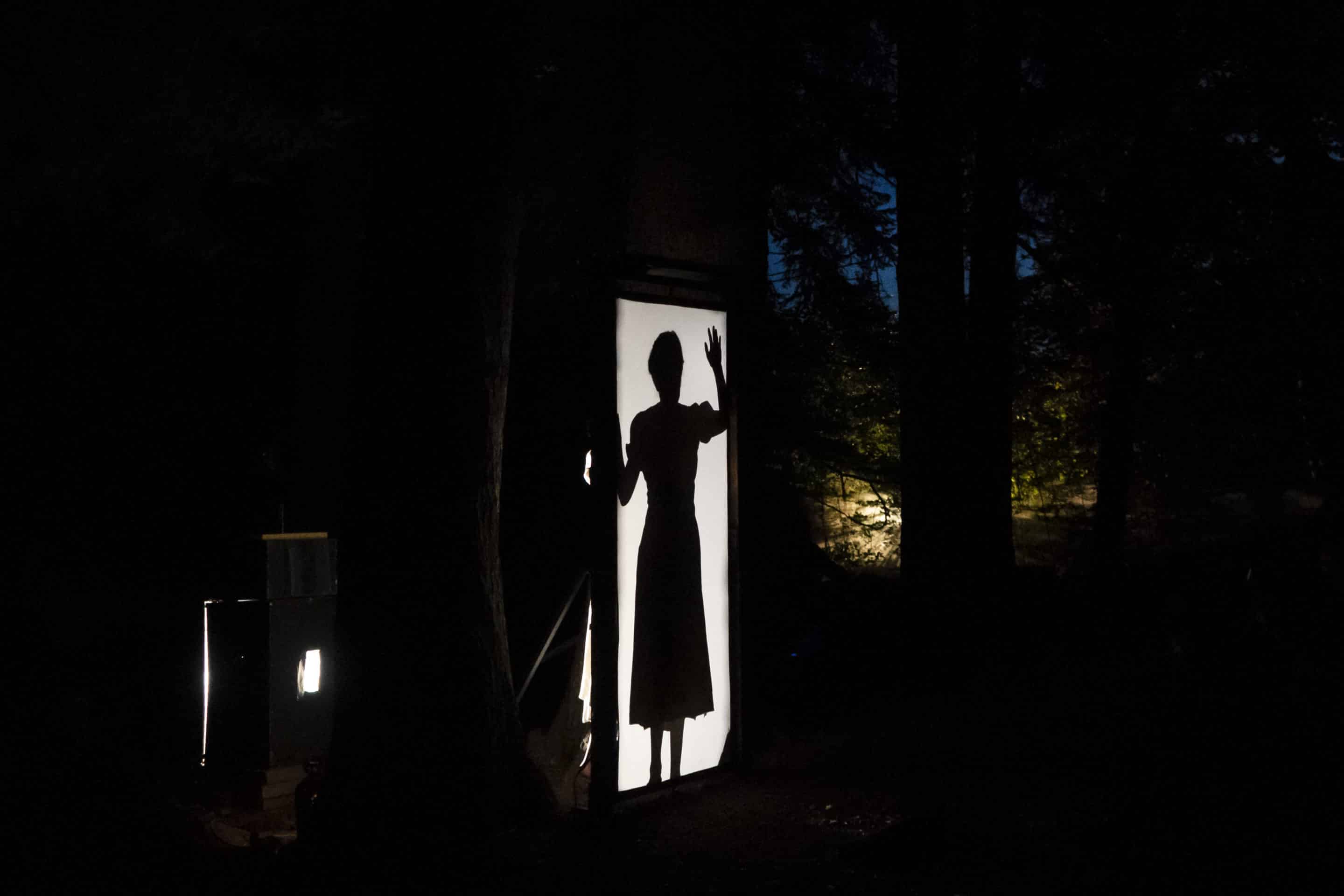 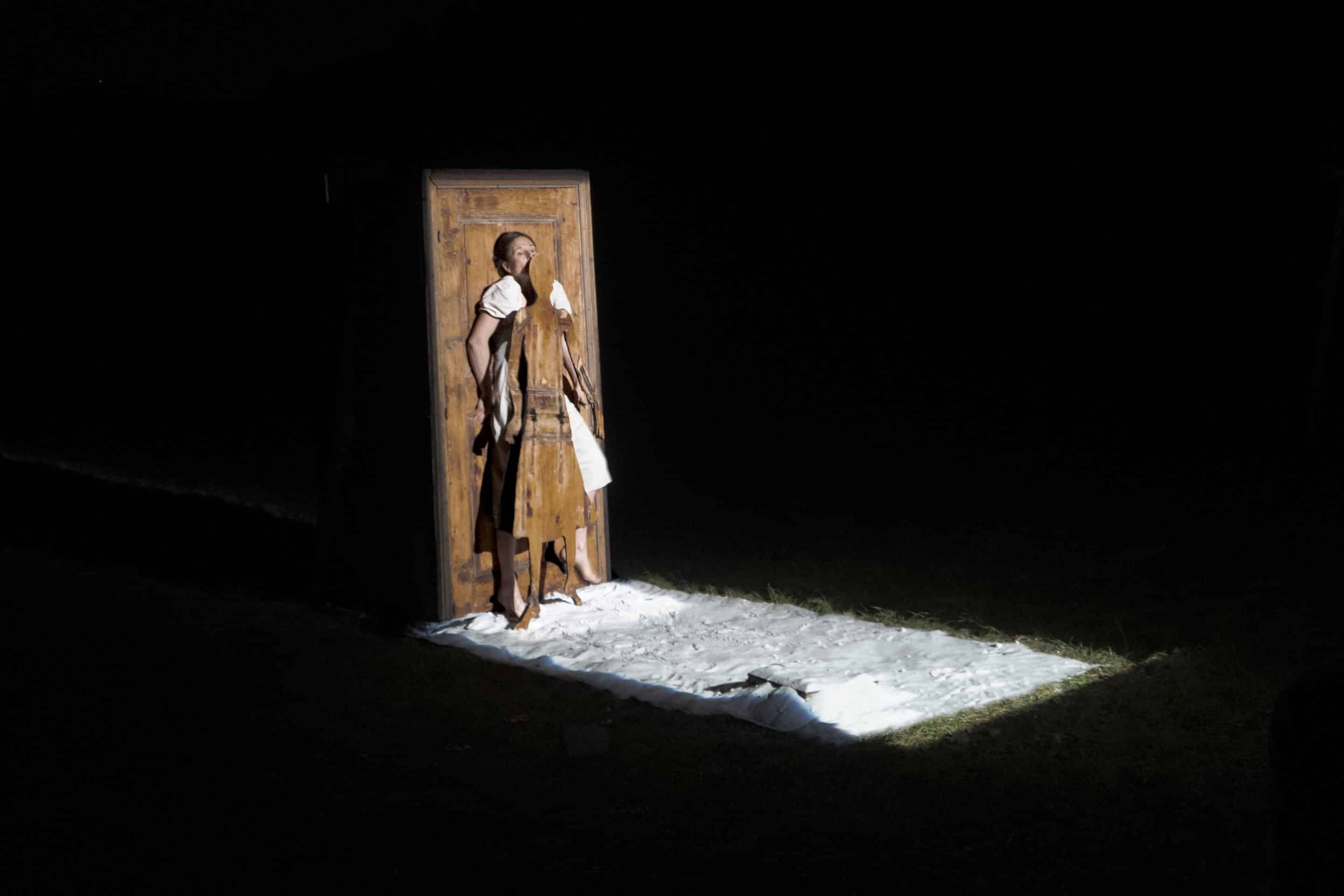 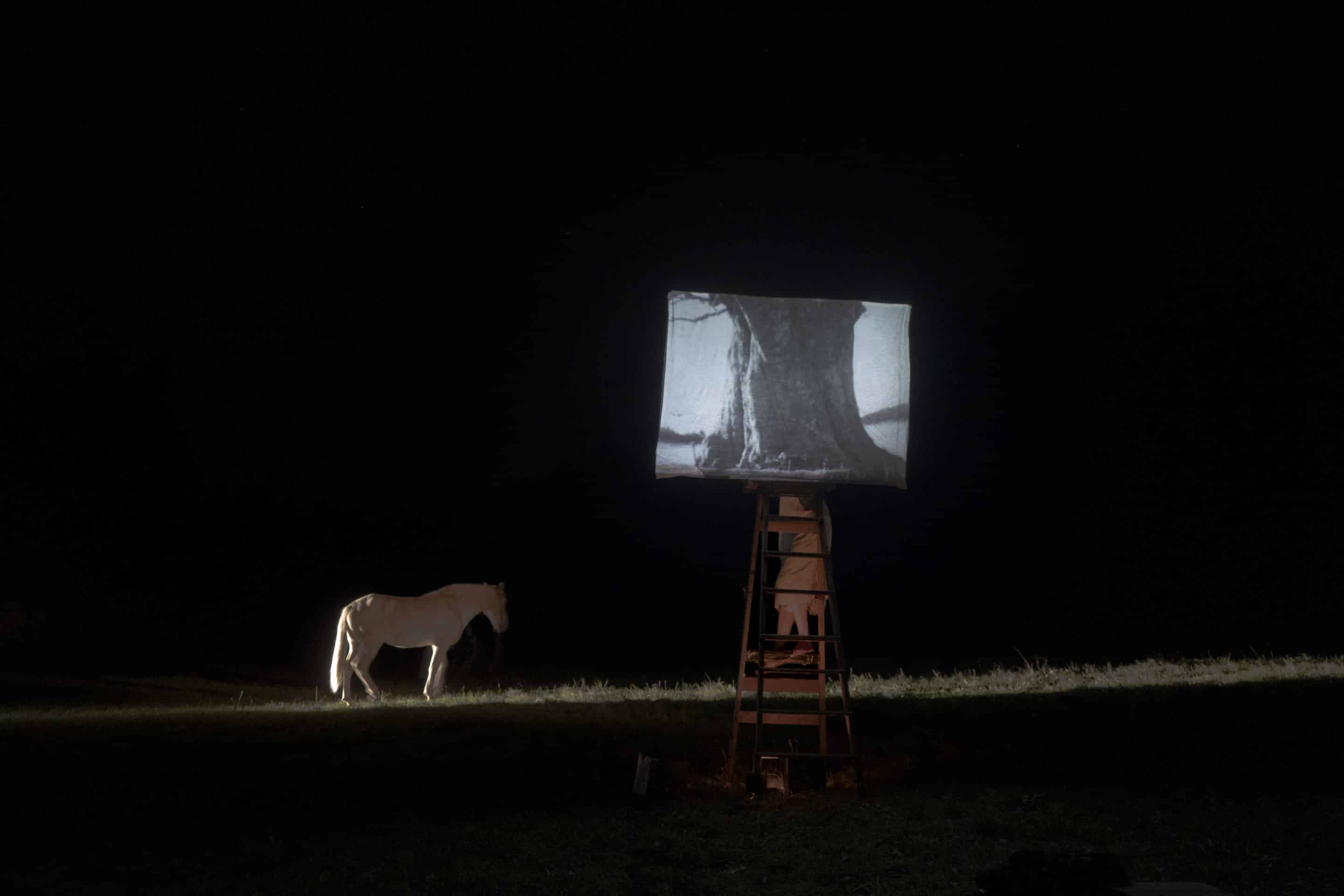 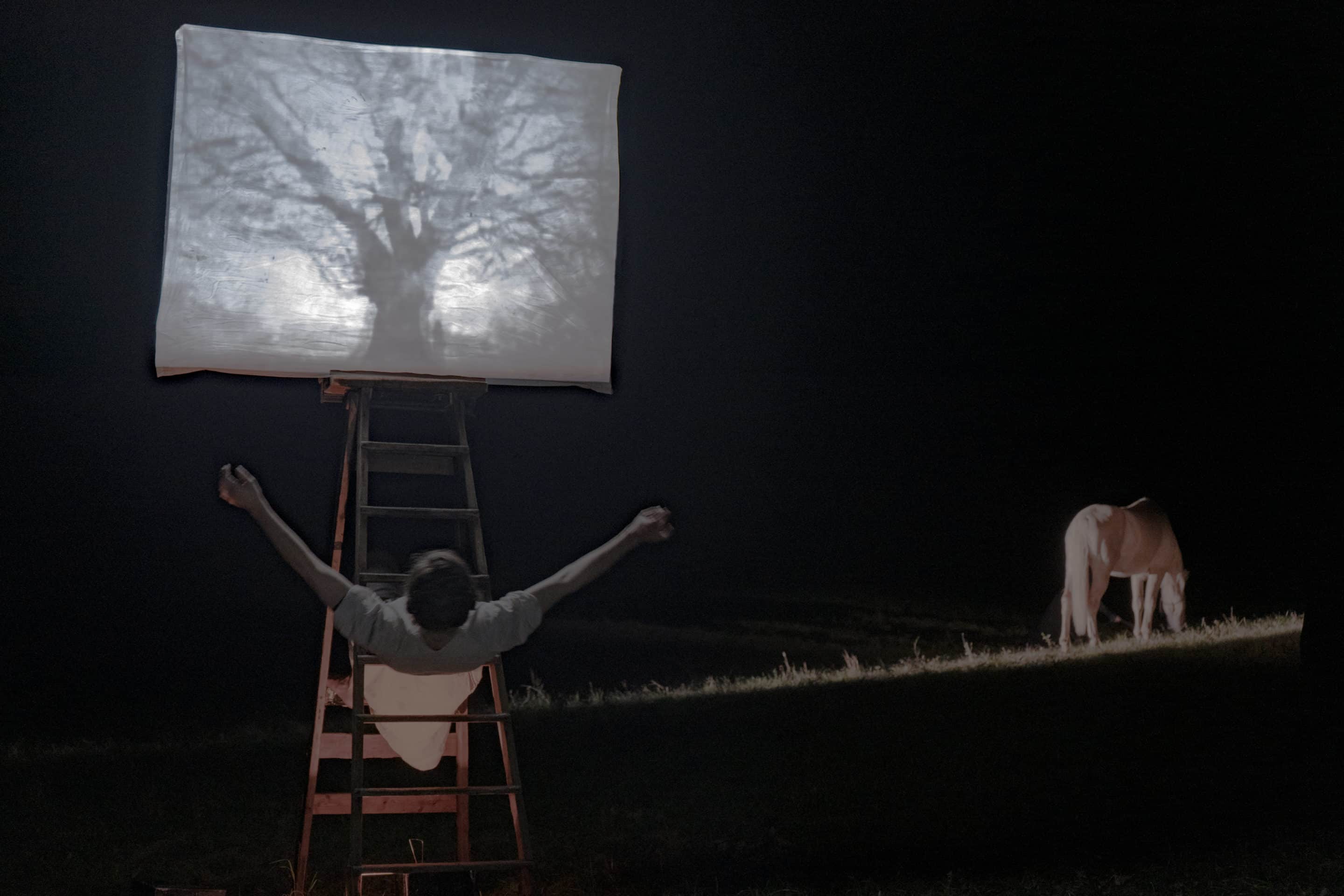 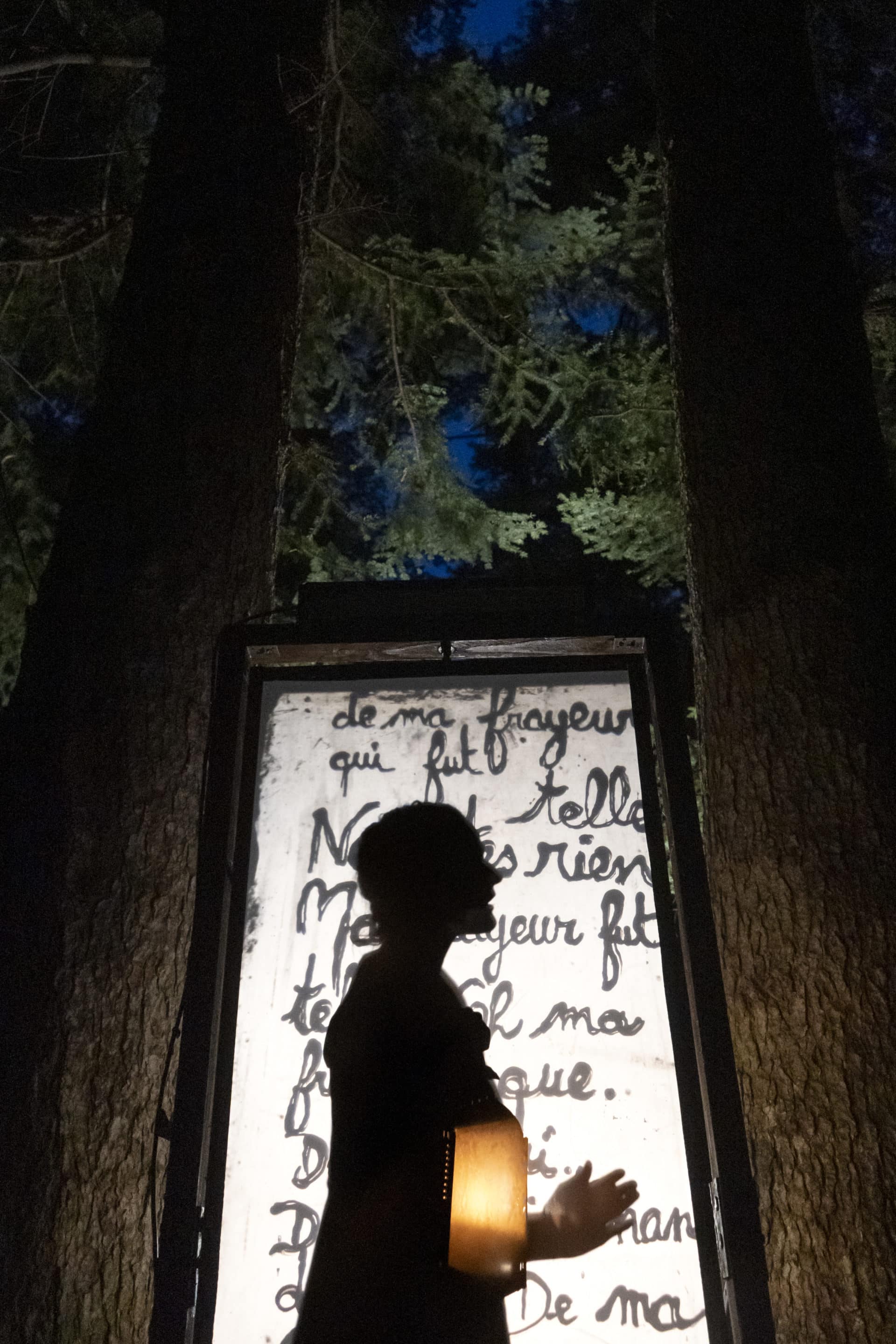